Just found out this afternoon that an old family friend of John and June, whom attended the funeral, was taken into hospital yesterday with chest pains, and died overnight. More dreadful news after a hard week for all of us.

My thoughts are of course with her husband and family at this time.

This speech is by Hugh O’Donnell, John’s brother.  Unfortunately, we didn’t get to hear it due to time constraints, however here it is for you now.

I do not want to repeat the many, many fine and wonderful aeromodelling  accolades which are well set out on the web site which Robert has so expertly designed and created – Thank you Rob for this professional and appropiate inspiration.

Also,thank you  Jenny for all your love and support for June and to us all in making the arrangements for today and for holding everything together.

My first memories of John were that he did his own thing, was always his own person. For one thing, he didn’t really like going on holiday. When he was about 14 our family went to Cleveleys, but John stayed at home content to build his planes, or as he would say “chopping wood”.

His best holiday in those days was when he decided to go to Eton Bray. This was a self catering few days where aeromodellers from the UK and Europe competed and flew at Eton Bray airfield. John loved it. He used his mathematical and economic skills to work out that as the potatoes were so cheap it was much more efficient use of his time that instead of peeling the potatoes he just cut them into cubes. And as long as there was plenty of bread and marmalade, apple pie and cups of tea he would probably never have come home!

In those school years, John would sometimes be up at 5am to trim his models in the damp, still air. Just like racehorses are trained in the early mornings. And afterwards, there he was, cycling home with a model box on his back like a rucksack, rushing back so as not to be late for school.

At school John didn’t much like sport, in fact he was the only person I know who played cricket left handed and golf right handed. When asked at school what position he played he would say with a wry smile “Left Outside” or that when the final whistle blew he wanted to be on the side nearest the changing rooms.

My mother used to say that John’s Aeromodeling was not a hobby but an obsession. Our home in Park Road had one of its best rooms as our building room and many friends and fellow modellers came to talk, be encouraged and to seek John’s ready advice. Indeed, throughout John’s long involvement with the hobby he was always more than willing to share generously his matchless expertise and extensive experiences. I think this willingness to share all of his aeromodelling secrets was one of John’s  great, endearing and generous qualities.

As a boy, climbing trees was never of any interest to John – that is, until a model got caught high up in one – and then he was fearless, climbing heights in great abandon, even to using 6 inch nails when trunks were bare of branches.

At Competitions, John was not exactly known for his impeccable dress sense. I think he relished being, well, “down to earth” ie ready for any model retrieval problem be it ploughed fields, corn fields, barbed wire fences, mud, woods, water, rain or gale force winds. One friend – and equally ill dressed modeller – remarked to John that “I think we must share the same tailor.”

One day my brother Mike had bought himself a very fashionable blue double breasted suit and our Dad said to John: “You should look smart like that and get something which will improve your appearance.” Ever obedient, the next thing was that John arrived – not only in a new suit, but one that was identical to Mike’s!

Through the years, John always  encouraged June to enjoy her concerts, the choir and the Halle, which I believe he attended only once.

Music, however, was not one of John’s strong points.

Opus was their cat;

Chord  was the width of a Wakefield wing;

Allegro a British Leyland car – ironically a slow one;

Conductor – man on the bus;

A Note was worth ten shillings;

Pitch – the distance a propeller moves forwards in one revolution;

To John’s great credit, as we all know, he  never used bad language. However, as Robert has reminded me, nobody could put quite so much venom into “Blow it!” “Blinking Heck”, or “Bother”. So well done, John, for not ever taking the Lord’s Name in vain.

We thank our God for John and his blessed life and his many impressive achievements especially his love and care for June, for his children and grandchildren of whom he was so proud, and for his wider family and numerous friends. It is indeed our privilege to have known and loved John personally.

I will conclude by reading some extracts from a Poem written by Sue entitled The Place of my Resting:

May John rest in peace. Amen. 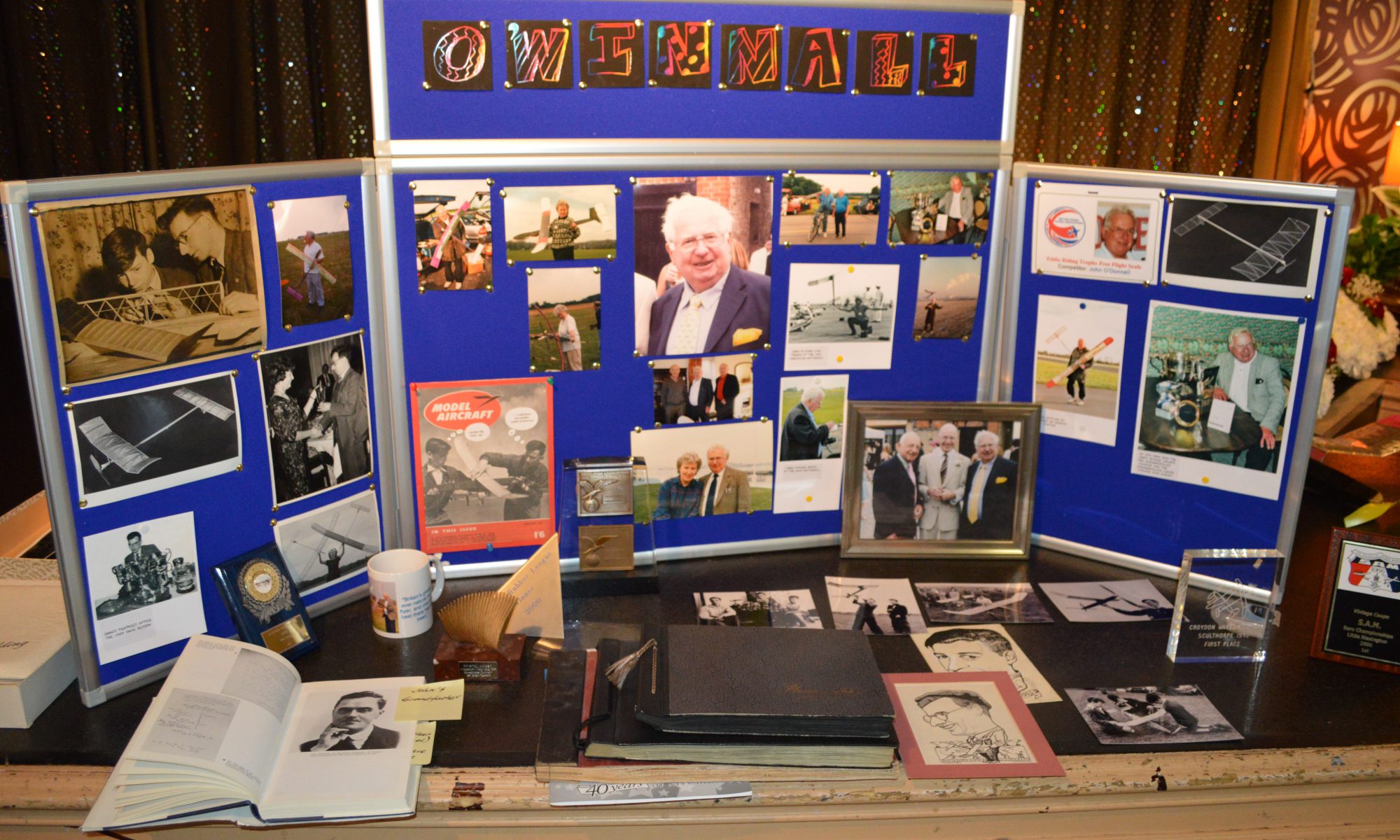 On behalf of June, Jenny and myself, Rob, and the wider family, I thank everybody whom came today to pay their respects to John.  There was a fantastic turnout, and I am sure dad would have been overwhelmed at the love and support shown.  I know I was..

There are too many names to single any out particularly, but thanks to all the relatives, the old friends who we have not seen for years, the friends we have, the modellers I only knew as a name, and to everybody who made the effort to travel, in some cases hundreds of miles, to come say goodbye.  It was very much appreciated.

I’m not really one for public speaking, or indeed mingling and making myself known – Jenny got both our allocations of that, I think – but I hope everybody who wanted to speak to us all got the opportunity to do so.  It was lovely catching up and hearing about dad from so many.

If you didn’t get the chance to write in the memory book, please feel free to add a comment on here – if you have anything more lengthy to say, you can email me and I can post it on it’s own page – remember to say it’s for this.

Jenny organised a balloon release – we wrote messages to attach, and they were released into the air.  They headed south, at speed, quickly gaining altitude.   It was lovely flying weather! 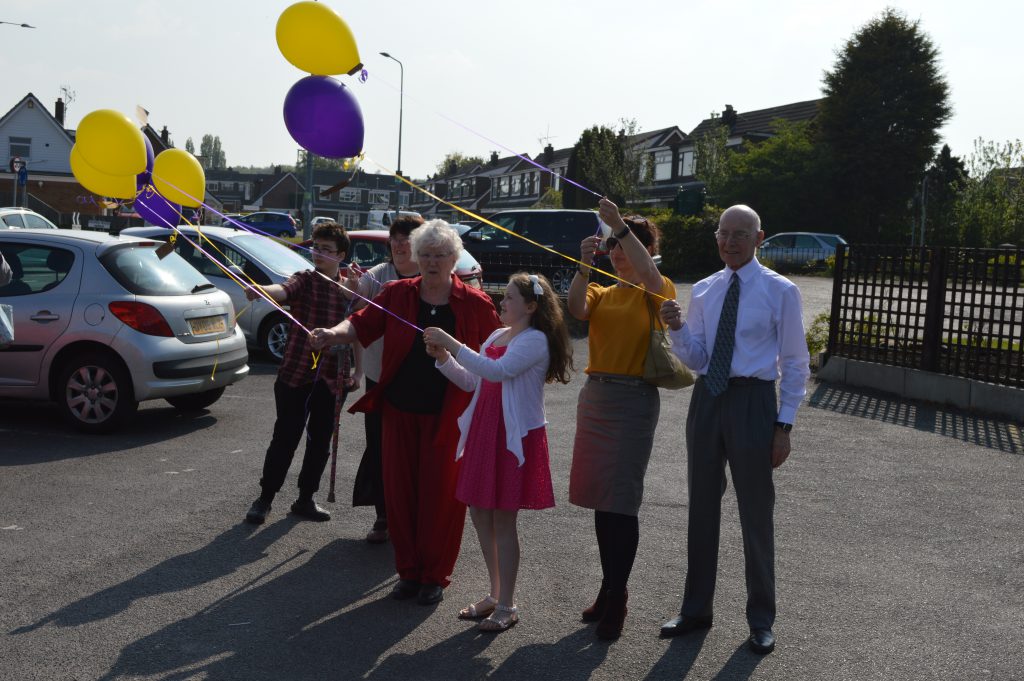 Thanks again, and everyone, please do keep in touch! 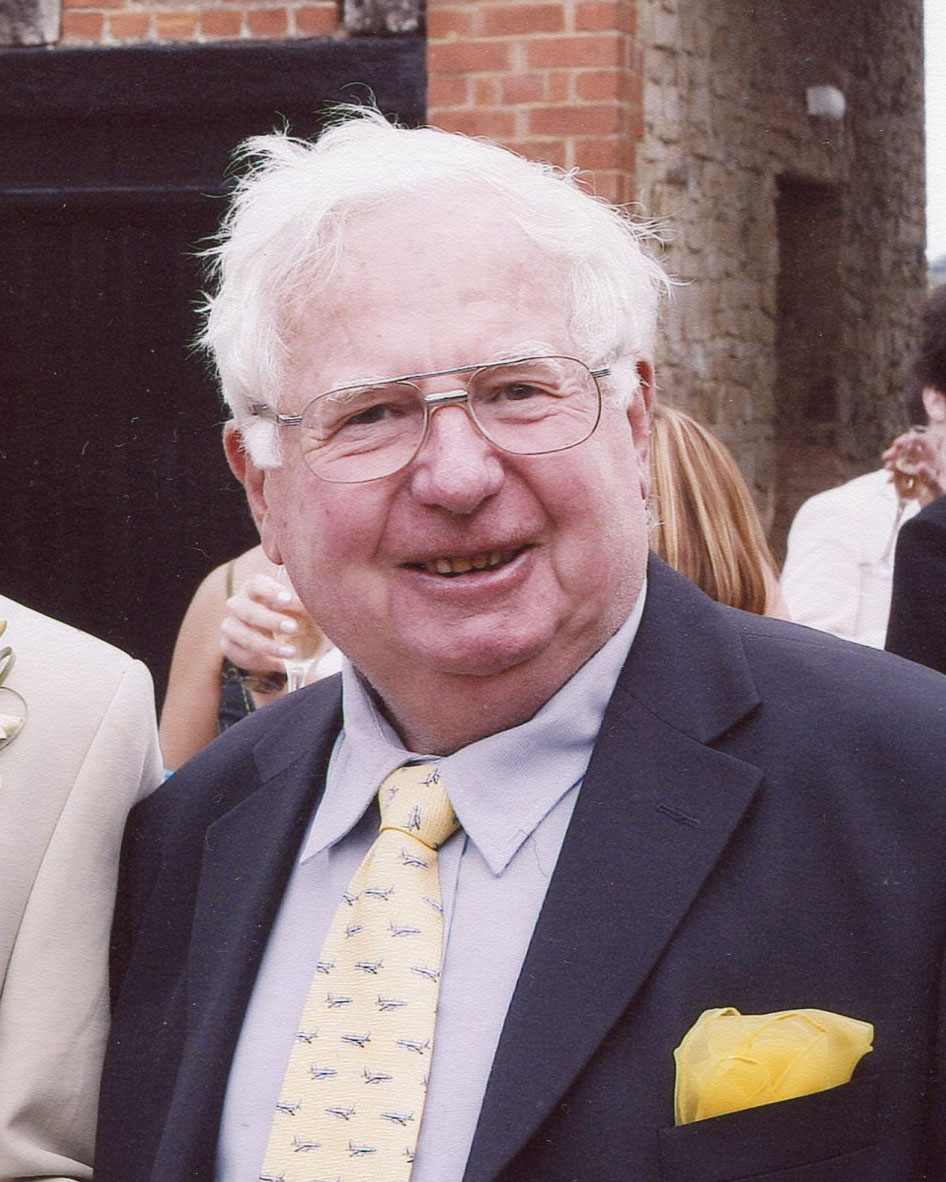 For those of you unable to attend today, I attach the order of service, and a prayer mum has chosen to be spoken at the cremation.  I hope these give you some comfort. 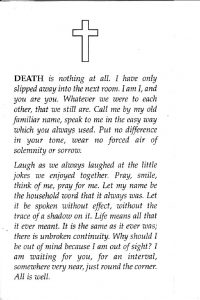 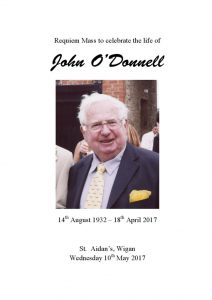 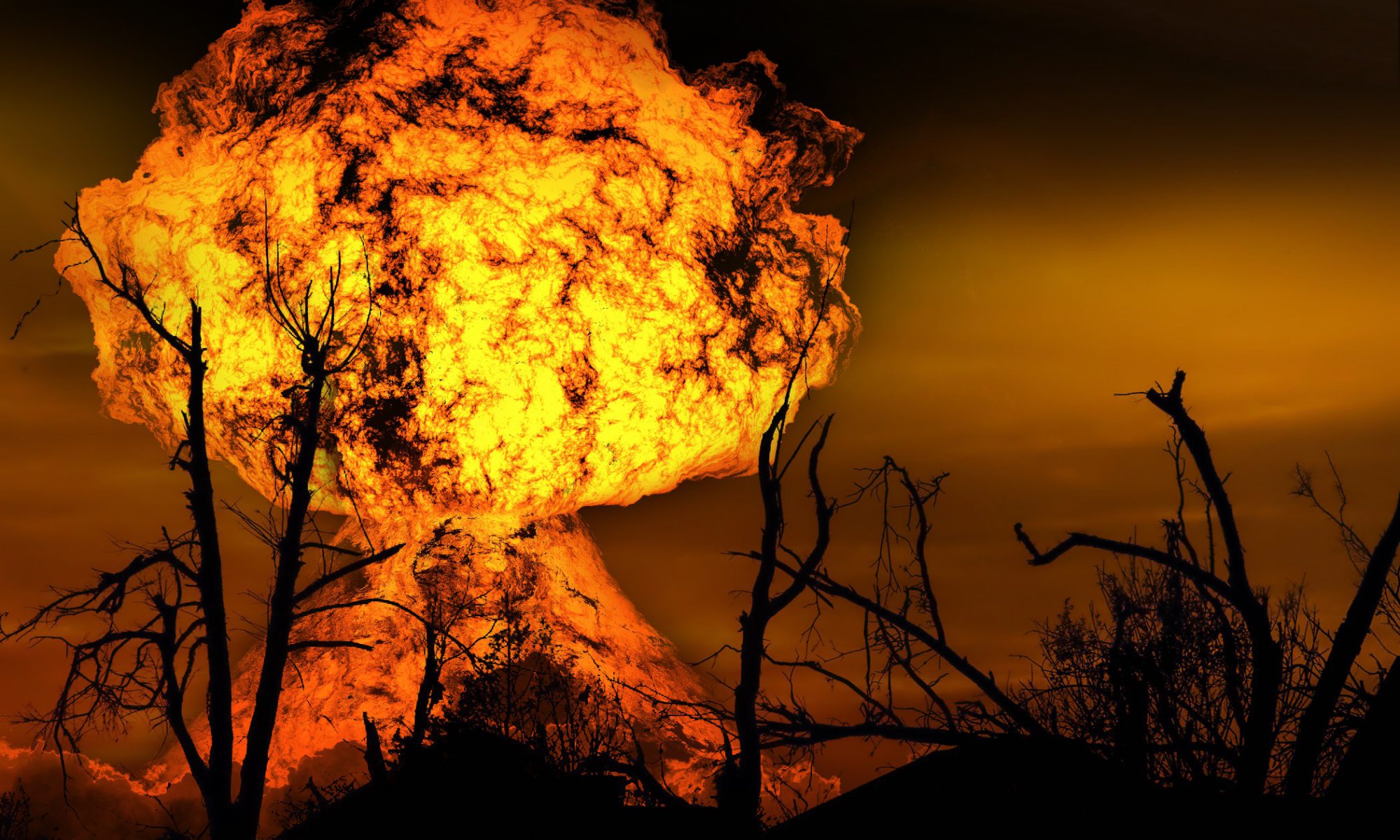 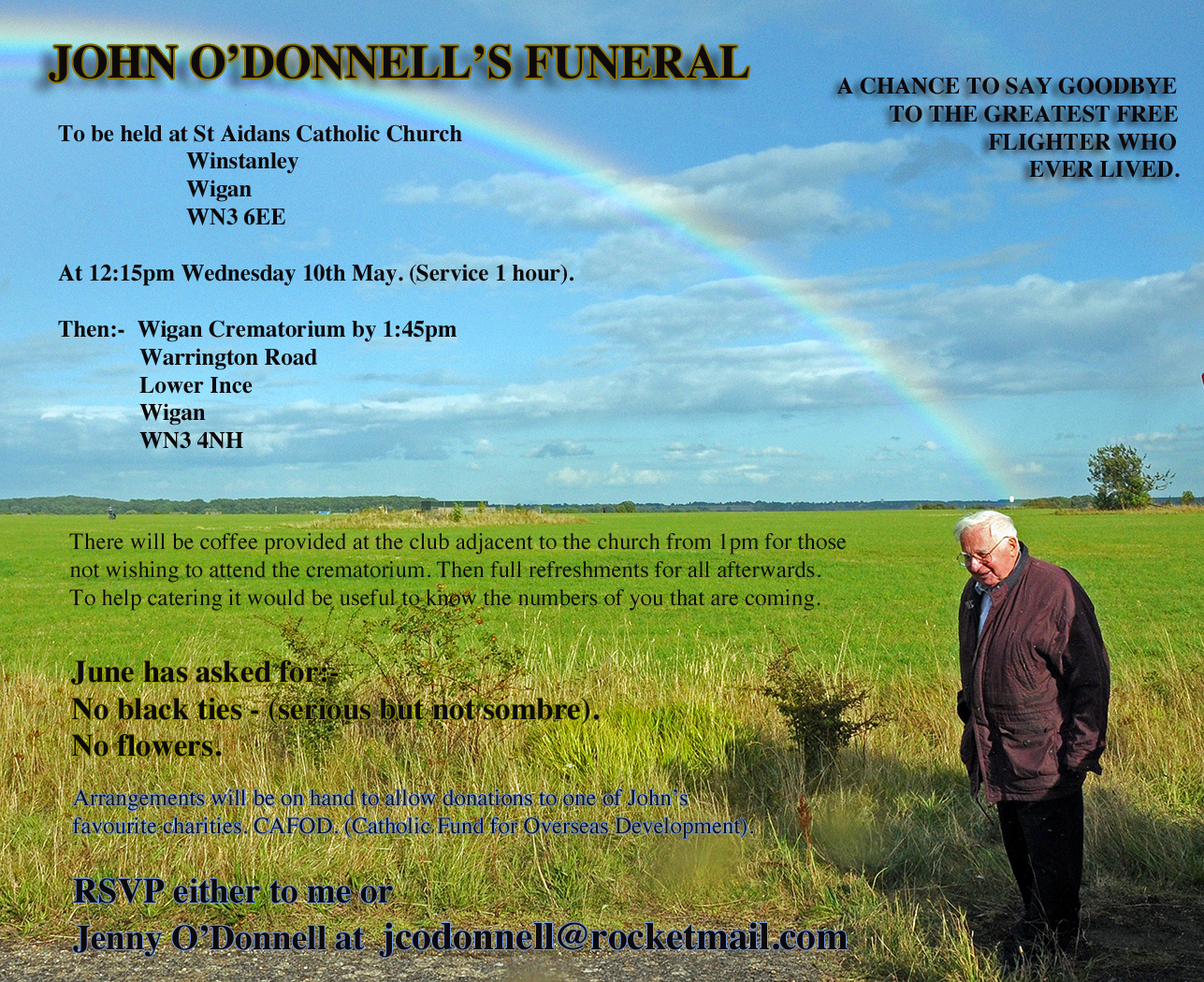 There will be a memorial mass for John at St Aidan’s RC Church, Wigan, on Wednesday 10th May at 12:15pm

His body will be committed at Wigan Crematorium at 1:45pm.

Then back to St Aidan’s Social club for refreshments at approximately 2:30pm, and a chance to discuss and celebrate John.  The Club will be open from 1pm with tea and coffee etc. for those not wishing to attend the crematorium.

John’s wishes were that this be a celebration of his life and achievements, and is specifically NOT a “Black Tie” event.  Please dress with this in mind.

Full  details available via the “Events” link at the top of this website.  If you wish to attend for the buffet, it would be appreciated if you email or complete the registration form on the Celebration of Life page so that an appropriate amount of food can be arranged! 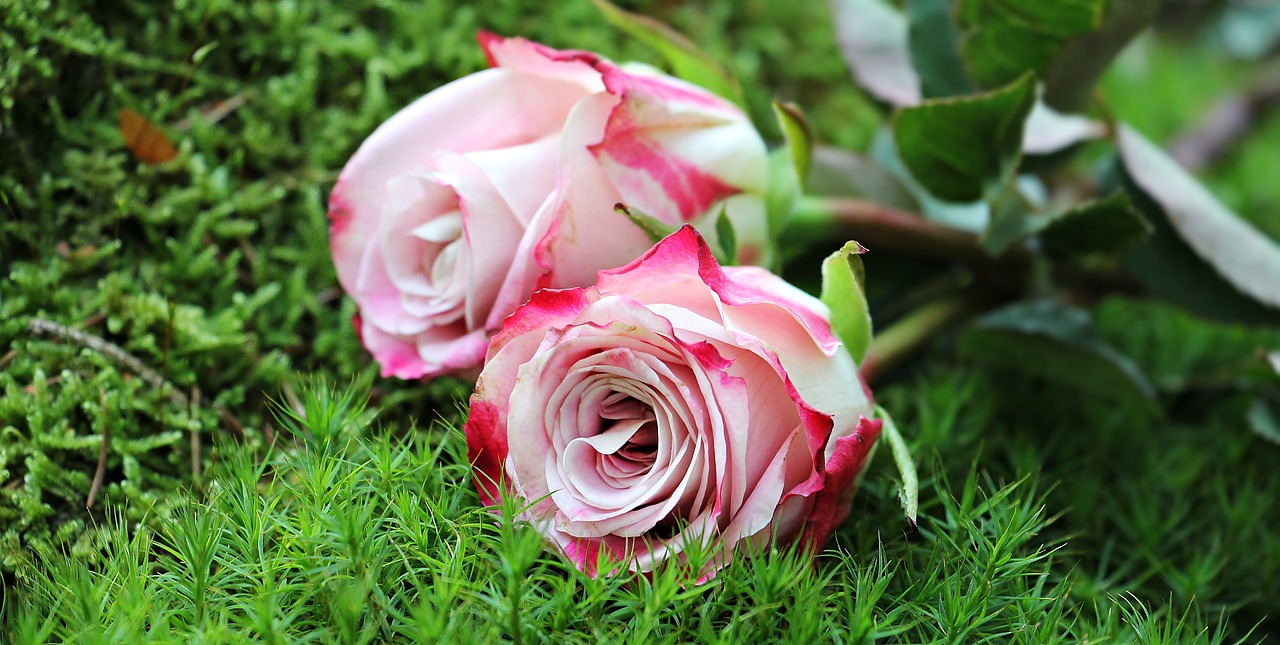 On behalf of all the family, I would like to thank everybody whom has contacted us, sent cards, or left messages about John.  It is fantastic to see how many people appreciated and admired him, both from knowing him in person and through his achievements and writings, from here in England and around the world.

We intend to maintain this website indefinitely, and to expand it – I had already been discussing with Dad about creating an online archive for all his material, and it would seem to be a fitting tribute to him to complete this.  We have not just his published articles, but many photographs, competition logs back almost to the start, and so much more.  He was always so organised: much is nicely arranged in filing cabinets, so it ought to be a task that can happen, even if it is going to be mammoth!  It will not happen immediately of course, there is going to be far too much else to do in the short term, but rest assured that his legacy will not disappear!