(We will, of course, fill this out more, over time!)

Ever since a young age, John was at the top of the game. 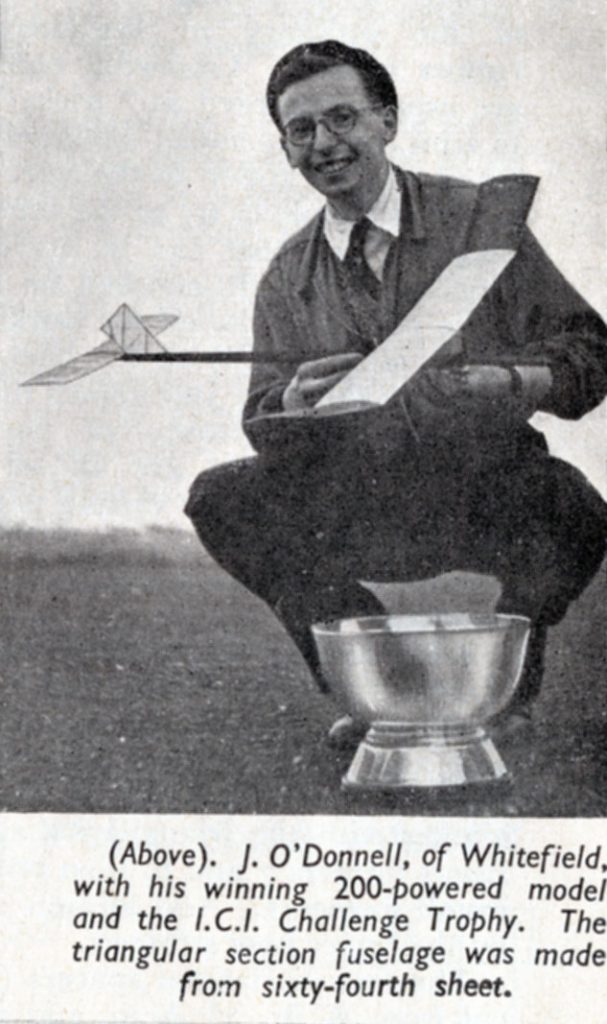 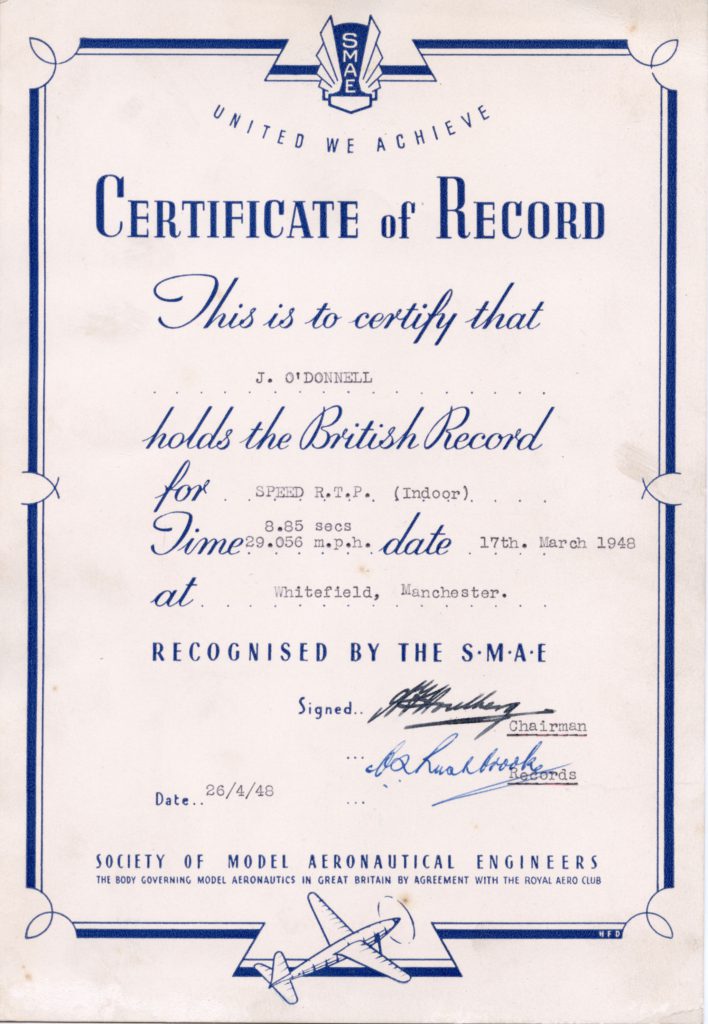 In 2012, he retired from competitive flying

“Those who left the F/F Nationals early will not have heard my ‘speech’ at the end of Monday’s prizegiving. The gist of what I said is as follows

You all know that I have been flying for a very long time.  This, in fact, is my 62nd consecutive F/F Nationals. However there is not going be a 63rd  !

It has become ever more difficult to find the requirements (retrieval ability,energy,effort and determination) that I consider necessary to compete ‘properly’. To do otherwise is unappealing.

I have seen many good flyers deteriorate and end up merely ‘going through the motions’. This is not a route I intend to follow. I believe it is better ‘to go with a bang rather than a whimper’.

Topping the Rubber flyoff at this Nationals, added to winning the Gamage a few weeks ago, would seem to me to be enough of a Bang – so –

I am retiring from Free Flight Competition – effective immediately

For me the game is over