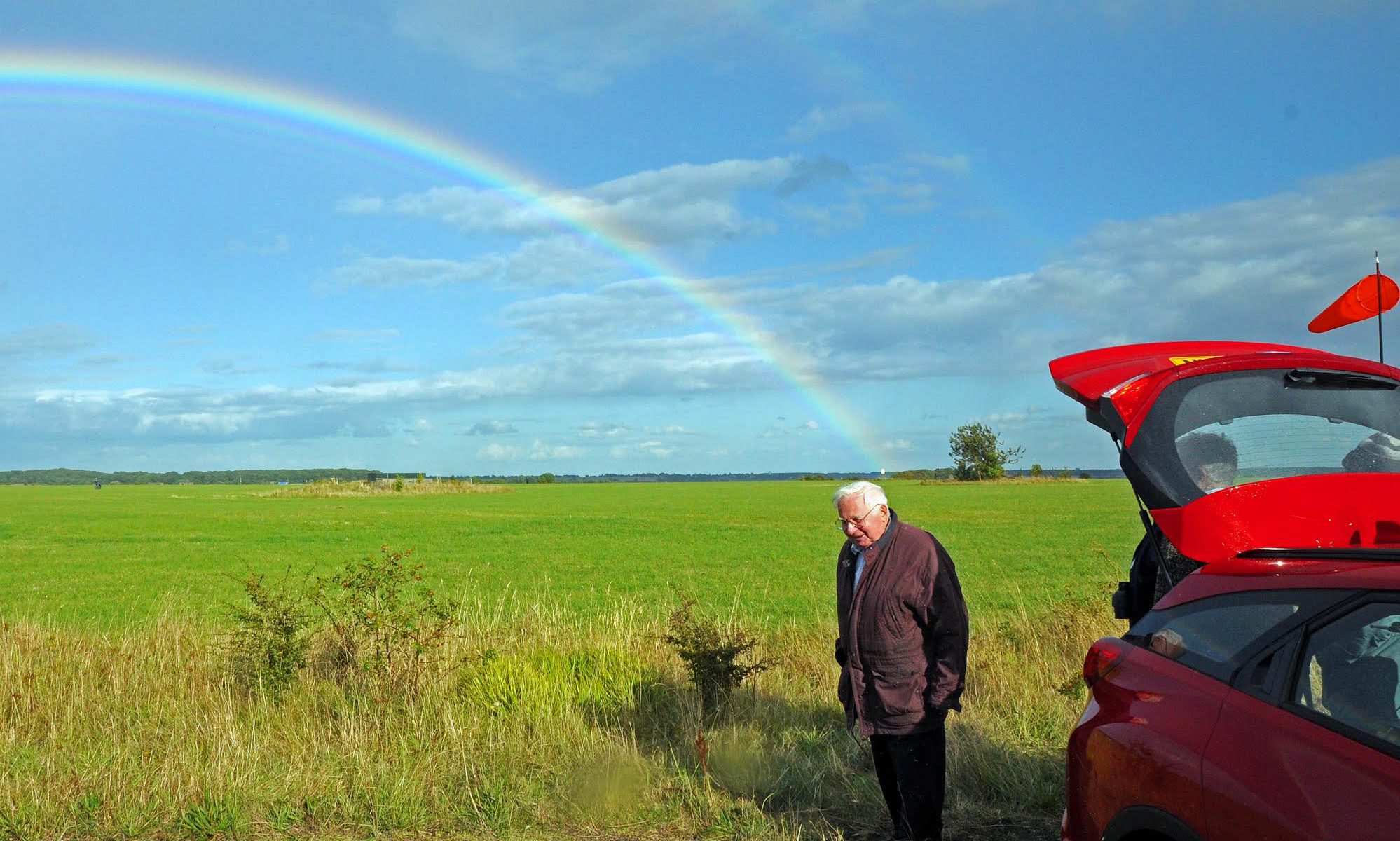 I am sorry to let you all know that my dad, John O’Donnell, whom many of you, especially in the aeromodelling community, will know, passed away yesterday afternoon, 18th April 2017, age 84. He had spent the weekend at a sci-fi convention with my mum June, my sister Jenny and her son. He fell, carrying a folding bookcase they had been using back upstairs while on his own in the house; mum and Jenny found him on their return.   He was always independently minded and would not have considered he needed help for such a trivial task!

John was a force in aeromodelling for all his life. Although I never took it up beyond my childhood, I remember fondly going with him as a child to several airfields and sports halls.. I even won an indoor contest once; dad still has the plane I built, somewhere. Flying was his passion, and I know he commanded an awful lot of respect from you all.

Latterly his other main interest, Science Fiction, became a larger part of his life, and he was becoming recognised as very knowledgeable on the subject and with his dealings, especially given the size of his collection, which was rapidly taking over the house.

Thanks to those whom have already contacted us. For those whom wish to attend, the funeral arrangements are listed under the “Events” link.

We would all love to hear your memories of John.  Please feel free to leave a comment, however short.